Millionaire venture capitalist Wang Gongquan was scheduled to speak Saturday at a cafe that doubles as an incubator for Internet start-ups on the subject of “civic spirit and entrepreneur’s duty.”

But on Friday police apprehended Wang in what appears to be a move to silence a successful businessman known for speaking out on social and political issues.

The detainment is the latest in a string of arrests and detentions in a campaign to control speech on the Internet, with a special focus on celebrity, liberal-minded commentators whose postings are read by millions of followers.

This week, the government set out new rules to jail Internet users for spreading “online rumors.” Since August the campaign has detained hundreds of Internet users for days, and shuttered more than 100 “illegal” news websites run by citizen journalists, reported Human Rights Watch.

The arrest comes as China’s coastal city of Dalian hosts the “Summer Davos,” an annual spin-off of the Swiss winter conference where Communist Party leaders and Chinese and foreign business people discuss the ever-important Chinese economy.

Wang’s plight was a reminder that China’s embrace of capitalism and rise to global economic eminence has not softened the party’s intolerance of domestic dissent nor eased its suspicions about civil society.

Wang, 52, is a prominent and outspoken businessman who has a wide following on social media networks in China. He disagreed with fellow businessmen who said it was unwise for entrepreneurs to get involved in politics, saying it was their duty to speak up.

He was taken by police from his Beijing home, according to family friends including Teng Biao, a legal activist. The summons document, posted by friends online, says he is suspected of “assembling a crowd to disrupt order in a public place”.

The charge is the same used in July to detain and formally arrest Xu Zhiyong, an activist friend of Wang whom Wang has campaigned to release. Xu co-founded the New Citizens’ Movement in 2011, an informal group that has lobbied for equal rights to education and for officials to disclose their personal assets to support the government’s fight against corruption.

Dozens of activists linked to the movement have been detained in recent months.

Chinese police “want to pull apart the New Citizens’ Movement, to understand how it works and prevent the future emergence of similar platforms,” he said.

Under Communist Party leader Xi Jinping, the new leadership is engaged in a comprehensive and far-reaching effort to strengthen the party and party rule, including lowering the threshold of tolerated dissent, Bequelin said.

“These measures will have a chilling effect in the short term, both in the real and virtual world,” he said. “But the only way to reduce social tensions is to have a credible, trusted legal system.

“The gap between state discourse and public opinion has never been as wide as it is today, it’s a complete disconnect,” Bequelin said.

Official figures from India’s National Crime Records Bureau reveal that 8,233 young women, many of them new brides, were killed in so-called dowry deaths in 2012. The report comes amid growing concern over the level of violence against women following the Delhi gang rape case last December.

The number of deaths is marginally less than in 2011, but reflects a broader increase in gender violence. While dowry deaths fell slightly from 8618 to 8233, the number of cases of cruelty committed by husbands and their relatives increased significantly from 99,135 in 2011 to 106,527 last year. Many of the cruelty cases are believed to be dowry-related and many dowry killings are preceded by cruelty by the husband and in-laws.

Although the payment of dowries for marriage is illegal in India, they remain widespread across caste, class and educational divides. In recent years demands have become more insistent and expensive.

One of the dowry deaths last year was Pravartika Gupta, who was burned to death in her bedroom as she slept with her one-year-old daughter. She had been threatened by her in-laws because her family could not afford to speed up their schedule of payments. They had agreed to pay £15,000 in cash and buy a Honda City car for their son-in-laws parents. The in-laws had suddenly demanded that Pravartika’s family also buy them an apartment.

Woman killed over dowry every hour in India – Telegraph

In a Pew Research Center survey held across 11 different nationalities with large Muslim populations, Muslim respondents were asked about their views on “Islamic extremism.”

The results showed uniform opposition to such ideologies, as well as widespread rejection of suicide bombings – in all but one set of respondents.

In one question, those interviewed were asked whether they believed that suicide bombings can ever be justified, and were asked to select from one of the following options: “Never,” “Rarely,” “Sometimes,” “Often” and “Don’t Know.”

A sizable majority (62%) of respondents from the “Palestinian Territories” (referring to Palestinian Authority-controlled Judea and Samaria, and Hamas-run Gaza) answered that suicide bombings were at least sometimes justified – nearly double that of the second-largest body of support (Lebanon, 33%).

The country with the greatest opposition to suicide bombings was Pakistan, where Al Qaeda and Taliban coordinated attacks have almost exclusively targeted other Muslims, from members of minority sects to political opponents.

A young girl in Yemen died after having sexual relations with a 40-year-old man who became her husband in an arranged marriage, according to media reports.

The 8-year-old was identified as “Rawan” and died from torn genitals and severe bleeding in the northwest city of Hardh, Gulf News reported, citing Yemen media accounts.

The child lived in a tribal area that borders Saudi Arabia. Human rights organizations have called for the arrest of the husband, the news site Al Bawaba said.

Yemen has often been criticized for allowing girls to be forced into arranged marriages.

The country passed a law in 2009 setting the minimum age for marriage at 17. It was later repealed after conservative lawmakers said it went against Islamic teachings. 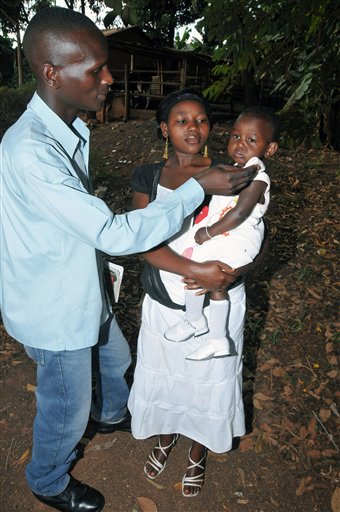 One baby was healthy and the other cold and lifeless, a sight that horrified Michael Mubangizi and his wife, a young Ugandan couple who soon felt one of their twin babies had been swapped at Uganda’s main public hospital. They rejected the dead one, saying it wasn’t theirs, and a DNA test later proved they were right.

Mubangizi said the likely prospect that he won’t ever be united with his missing baby, born a year and a half ago and whose whereabouts are unknown, fills him with anguish. As a court is set to hear his civil case against Mulago Hospital, officials and some activists say parents in Uganda risk losing their children in scams orchestrated by doctors and nurses who are apparently selling the babies.

Some may be colluding with childless Ugandan couples while other babies are possibly being sold to foreigners. Last week a Czech man without proper adoption papers was arrested while trying to leave Uganda with a 3-month-old baby, according to Moses Binoga, a police detective and Uganda’s top anti-human trafficking official.

Details are scant and officials don’t know how widespread the baby thefts are. But this year alone, at least three cases of baby theft have been reported at Mulago Hospital in Uganda’s capital, Kampala, according to police spokesman Patrick Onyango. A police report released last year said there were 261 cases of child theft over a 12-month period, but that includes teenagers who are duped to go abroad for work but are forced into the sex trade. The police report did not break down the numbers.

Newborns being stolen at a top Uganda hospital 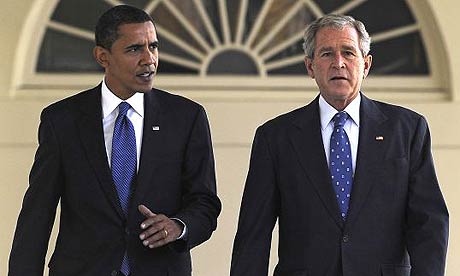 Q2 Who do you think was more responsible for the poor response to Hurricane Katrina: George W. Bush or Barack Obama?

Whats the matter with Louisiana? – POLITICO.com