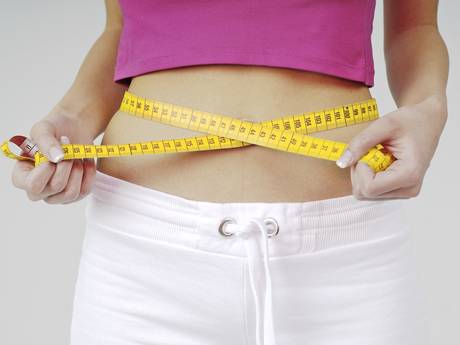 Teenage girls are becoming involved in dangerous games of competitive dieting thanks to the proliferation of pro-anorexia websites.

Between 400 and 500 websites promoting anorexia and related eating disorders, which are visited by thousands of young girls each day, have been identified in the first review to quantify the phenomenon.

They tell people how to stay thin, promoting diets of 400-500 calories a day (compared with a recommended 2,000 for women and 2,500 for men), backed by coffee, cigarettes and diet pills.

They encourage “starving for perfection” featuring pictures of celebrities such as Keira Knightley and Victoria Beckham and advocate “thinspiration” backed by images of thin bodies.

In one year, more than 500,000 people visited the sites, according to one study, and a 2011 EU survey found that more than one in five 6 to 11-year-olds had been exposed to one or more sites with “harmful content”.

Dr Emma Bond, senior lecturer in childhood and youth studies at the University Campus Suffolk, Ipswich, who carried out the review, said the sites were set up by individuals with eating disorders who in some cases generated a following of almost religious intensity. There was no evidence of commercial involvement.

“It starts with an individual who wants to share their experience and as they get a following they set themselves up as almost Goddess-like,” she said. “When I started this research last January I came across a website set up by a girl who was disgusted with herself because she had put on a few pounds at Christmas. She planned to fast for three days and regain control.

“In under two hours, she had 36 followers saying things like ‘You’re wonderful, you’re an inspiration to me, I’m only fasting because of you’.” 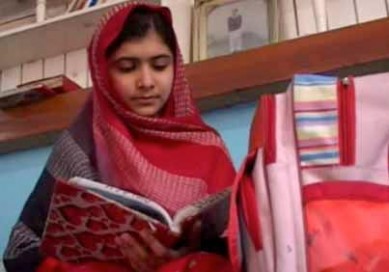 A new British-based Islamist group plans to meet in Islamabad to issue a religious decree against a Pakistani schoolgirl shot by the Taliban, accusing her of supporting “occupying” U.S. forces.

The move against Malala Yousufzai, 15, is likely to provoke outrage. In the days following her shooting in October, she became an international icon and world leaders pledged to support her campaign for girls’ education.

“There will be a fatwa issued regarding Malala Yousufzai taking into account the full story of her injury including her public statements in support of the occupying U.S. army in the region and mocking of key symbols of Islam such as hijab and jihad,” said Abu Baraa, a senior member of Shariah4Pakistan.

The group, whose website features a blog below a photograph of Yousufzai in a hospital bed titled “Don’t Believe The Crocodile Tears for Malala Yousufzai”, is associated with some of Britain’s most hardline Islamists.

Anjem Choudary, a prominent radical cleric in Britain, said the fatwa could be issued on November 30 at Lal Masjid, one of Pakistan’s most notorious mosques, where a 2007 army raid crushed a Taliban-style movement controlling the compound.

The mosque’s deputy head, Maulana Amir Siddique, denied the group would hold such a conference but organizers insisted they did not need permission to gather in a public place of worship.

Yousufzai is recovering in a British hospital.

Neither Baraa nor Choudary would say what punishment Yousufzai might face if the group found her guilty of violating Islam.

Denied the right to travel without consent from their male guardians and banned from driving, women in Saudi Arabia are now monitored by an electronic system that tracks any cross-border movements.

Since last week, Saudi women’s male guardians began receiving text messages on their phones informing them when women under their custody leave the country, even if they are travelling together.

Manal al-Sherif, who became the symbol of a campaign launched last year urging Saudi women to defy a driving ban, began spreading the information on Twitter, after she was alerted by a couple.

The husband, who was travelling with his wife, received a text message from the immigration authorities informing him that his wife had left the international airport in Riyadh.

“The authorities are using technology to monitor women,” said columnist Badriya al-Bishr, who criticised the “state of slavery under which women are held” in the ultra-conservative kingdom.

Women are not allowed to leave the kingdom without permission from their male guardian, who must give his consent by signing what is known as the “yellow sheet” at the airport or border.

The move by the Saudi authorities was swiftly condemned on social network Twitter — a rare bubble of freedom for millions in the kingdom — with critics mocking the decision.

“Hello Taliban, herewith some tips from the Saudi e-government!” read one post.

“Why don’t you cuff your women with tracking ankle bracelets too?” wrote Israa.

“Why don’t we just install a microchip into our women to track them around?” joked another.

“If I need an SMS to let me know my wife is leaving Saudi Arabia, then I’m either married to the wrong woman or need a psychiatrist,” tweeted Hisham.

“This is technology used to serve backwardness in order to keep women imprisoned,” said Bishr, the columnist.

“It would have been better for the government to busy itself with finding a solution for women subjected to domestic violence” than track their movements into and out of the country.

Saudi Arabia applies a strict interpretation of sharia, or Islamic law, and is the only country in the world where women are not allowed to drive. India’s commitment to free speech has been cast into the spotlight yet again after two women were arrested over a Facebook post this weekend.

According to the Times of India, a 21-year-old woman was arrested on Sunday over comments she made on her Facebook account criticizing the shutdown of the city of Mumbai following the death of politician Bal Thackeray.

A friend who had “liked” the comment was also arrested.

The BBC reports that Mumbai was brought to a standstill following the death of Thackeray, a “controversial Hindu nationalist politician,” on Saturday.

Thackeray, one of the most divisive figures in Indian politics, was blamed for inciting tensions between Hindus and Muslims and was revered by his followers.

News of his death saw businesses shutting and taxis staying off the roads amid fears of violence by supporters of the right-wing Shiv Sena party he founded.

However, while the politician’s supporters mourned his death, many others were reportedly “angered by the inconvenience to commuters” and took to social media sites to criticize the shutdown, the BBC adds.

In her Facebook comment, the 21-year-old woman, identified by the Hindustan Times as Shaheen Dhada, wrote: “People like Thackeray are born and die daily and one should not observe a ‘bandh’ [shutdown] for that.”

According to the Times of India, the woman and a friend who had “liked” the comment were arrested “for hurting religious sentiments.” They were released on bail a few hours later.

The newspaper also reports that “though the girl withdrew her comment and apologized, a mob of some 2,000 Shiv Sena workers attacked and ransacked her uncle’s orthopedic clinic” following the Facebook post.

The two arrests have incited outrage among some members of the Indian press, as well as the public, the Hindustan Times reports.

A man who insulted the King of Bahrain on Twitter has been sentenced to six months in jail as the tiny island nation ramps up its crackdown on dissent amid increasingly violent protests.

The man, whose name was not released, was one of four on trial for “defaming” King Hamad bin Isa al-Khalifa, with the rest to be sentenced next week. It came as hundreds took to the streets to voice their anger over a ban on protesting.

A ban on protesting – the most significant rolling back of freedoms since the government temporarily imposed martial law last year – was announced this week, but has only served to stoke tensions. Bahrain’s Interior Ministry said that “repeated abuse” of the right to freedom of speech had forced them to make the move, adding that the ban was intended to be temporary.

There’s a fabled history of French rudeness from Napoleon, who called the English a “nation of shopkeepers,” to former President Nicolas Sarkozy, who infamously snarled at a voter: “Get lost, poor jerk.”

Now, bad manners and aggressive behavior top the list of causes of stress for the French, even higher than unemployment or the debt crisis, says pollster IPSOS. A total of 60 percent cited rudeness as their number one source of stress in a survey last year on social trends.

“We’re so rude,” admitted 34-year-old French teacher Stephane Gomez, as he comes out of a Paris metro station. “France lacks the civic sense that you find in Anglo-Saxon countries.”

“It’s so easy to be polite, but we don’t do it,” said 30-year-old Zahia Sebahi. “I never see someone give up their seat for an elderly person.”

But Paris’ public transport authority is leading the fight back in a summer-long publicity campaign against rudeness. Billboards depicting Frenchmen with animal heads have dominated metro stations; they target passengers who are rude to staff and push and shove. “If you shove five people getting onboard,” the posters say, “it won’t make us set off faster.” Bus ads read: “One bonjour doesn’t cost a penny, and it changes your day.”

Transport officials say they’ve tried to keep a light touch on a serious matter.“We used humor to not be moralistic,” said Isabelle Ockrent, RATP communications director. “But we’ve been alerted by our staff that there is a real problem.”

Public transport staff even held “rudeness forums” over three days in late June in 20 metro stations, in which they exchanged views on correct etiquette with passengers.  Among other things, people were asked what they thought the root causes were for pushing and shoving: Lack of time? Unhappiness? Many Parisians attribute the decreasing tolerance to rudeness to the fast pace of the Internet age, with iPods on the metro and mobile phone noise in public spaces.

“It might seem obvious, but when stressed for work, Parisians forget ‘hello’ or ‘thank you’ when asking for a ticket,” Ms. Ockrent said.