The owner of an Indian clothing store said Wednesday that he would only change its name from “Hitler” if he was compensated for re-branding costs, amid a growing row over the new shop.

The outlet, which sells Western men’s wear, opened 10 days ago in Ahmedabad city in the western state of Gujarat with “Hitler” written in big letters over the front and with a Nazi swastika as the dot on the “i”.

Hitler attracts an unusual degree of respect in some parts of India, with his book “Mein Kampf” a popular title in bookshops and on street stalls.

Gujarat schoolbooks issued by the Hindu nationalist state government were criticised a few years ago for praising Hitler as someone who gave “dignity and prestige” to the German government. A former fifth-grade teacher implicated in a cheating scandal reportedly gave students the illegal assistance because she thought they were “dumb as hell.”

According to the Atlanta Journal-Constitution, math teacher Shayla Smith was accused of offering students the answers to a test they were taking at the time.

Schajuan Jones, who taught a fourth-grade class across the hall from Smith’s former room, overheard her talking to another teacher about the test.

“The words were, ‘I had to give your kids, or your students, the answers because they’re dumb as hell,’” Jones was quoted as saying about the interaction between Smith and the unidentified third teacher.

Smith’s case was part of a larger investigation that implicated approximately 180 public school teachers in the city, sparked by investigations performed by the newspaper. Human-rights activists are demanding the release of Nagla Wafa, an Egyptian wedding planner and designer sentenced to 500 lashes and five years in prison in Saudi Arabia following a business dispute with a princess.

Wafa ran afoul of a royal in the Saudi kingdom over the finances of a joint business venture, according to her family. She was reportedly accused of cashing a check from the princess but not following through on their deal to start a restaurant.

“As of May of 2012, Ms. Wafa has been subjected, on a weekly basis, to 50 floggings per week within the ‘Al-Malz’ Prison. She currently faces 200 more floggings … despite her suffering from distortions to her spine,” the Egyptian Organization for Human Rights said in an online statement.

Accusing Saudi Arabian authorities of unlawfully detaining the 39-year-old mother of teenage twins, the organization said the case was a “blatant violation” of human rights and filed a complaint with the United Nations Office for the Coordination of Humanitarian Affairs.

Nashwa Ismael, Wafa’s mother, who lives in Cairo, said her daughter wasn’t accused of fraud charges until about 20 months after she was arrested in 2009. Ismael said the family wasn’t able to find a Saudi Arabian lawyer to take Wafa’s case until June, when they first went public with the issue.

Insurgents beheaded 17 civilians in a Taliban-controlled area of southern Afghanistan, apparently because they attended a dance party that flouted the extreme brand of Islam embraced by the militants, officials said Monday.

The killings, in a district where U.S. Marines have battled the Taliban for years, were a reminder of how much power the insurgent group still wields in the south — particularly as international forces draw down and hand areas over to Afghan forces.

The victims were part of a large group that had gathered late Sunday in Helmand province’s Musa Qala district for a celebration involving music and dancing, said district government chief Neyamatullah Khan. He said the Taliban slaughtered them to show their disapproval of the event.

All of the bodies were decapitated but it was not clear if they had been shot first, said provincial government spokesman Daoud Ahmadi.

A 68-year-old real estate broker in Germany is paying dearly for insulting another man in a dispute over a parking space.

The paper said the defendant had jumped the line for a parking space before the argument erupted.

It said the fine was based on the mans estimated monthly income.

Die Welt quoted the judge as saying it was probably the biggest fine ever handed down in Hamburg for an insult.

The man’s lawyer denied he had used the insult, but said that if he had “it would have been so quiet that nobody would have heard.”

In a move that has prompted a demand for a UN investigation by Iran’s most celebrated human rights campaigner, the Nobel laureate Shirin Ebadi, 36 universities have announced that 77 BA and BSc courses in the coming academic year will be “single gender” and effectively exclusive to men.

It follows years in which Iranian women students have outperformed men, a trend at odds with the traditional male-dominated outlook of the country’s religious leaders. Women outnumbered men by three to two in passing this year’s university entrance exam.

Senior clerics in Iran’s theocratic regime have become concerned about the social side-effects of rising educational standards among women, including declining birth and marriage rates. 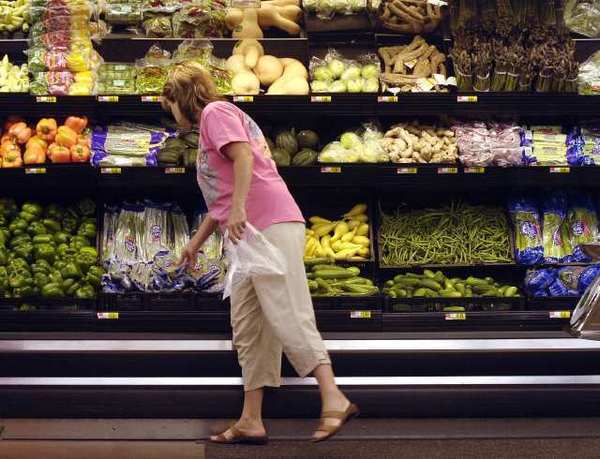 Americans are throwing out nearly every other bite of food, wasting up to 40% of the country’s supply each year – a mass of uneaten provisions worth $165 billion, according to a new report from the Natural Resources Defense Council.

An average family of four squanders $2,275 in food each year, or 20 pounds per person per month, according to the nonprofit and nonpartisan environmental advocacy group.

Food waste is the largest single portion of solid waste cramming American landfills. Since the 1970s, the amount of uneaten fare that is dumped has jumped 50%. The average American trashes 10 times as much food as a consumer in Southeast Asia, according to the Natural Resources Defense Council.

Americans toss out as much as 40% of their food, study says – latimes.com Nike Inc has come up with new rules for retailers, prompted by unruly crowds outside stores selling its shoes, the Wall Street Journal reported.

According to a company memo reviewed by the paper, the worlds largest sportswear maker told sporting-goods stores that they will not be allowed to pre-sell or take reservations for new shoes.

The retailers, which include Foot Locker Inc and Dicks Sporting Goods Inc , will also have to give up midnight releases of shoes that had prompted customers to camp outside and stampede stores, the paper reported.

“Retailers should assess what measures are necessary to secure the store and ensure the safety of personnel and consumers,” the Nike memo said, according to the Journal.

Got kicks? Every Detroit student who shows up on the cash-crucial Student Count Day will be able to answer “yes” thanks to a donation from Bob’s Classic Kicks in midtown.

BCK, 4717 Woodward, made an arrangement with the school district to give away a free pair of black leather Nikes to every student who comes to class on Oct. 3, the day when students are counted and their numbers used as the basis for per-pupil funding from the state and federal government.

The more bodies in class, the more money schools have all year. 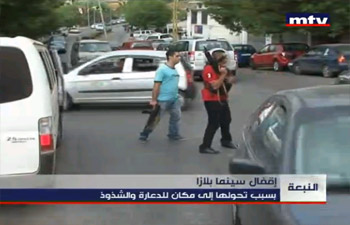 Beirut police are reported to have forced 36 men arrested in an adult film cinema to undergo invasive medical tests to assess if they had sex.

According to Box Turtle Bulletin, the men were arrested at the Plaza Cinema in the city of Beirut on 28 July. The venue is known as a cruising spot for gay men.

Among the arrested suspects, was the owner of the cinema, reported the Lebanese Murr TV channel.

Footage of the raid showed police wielding large automatic weapons to take on what the channel called “prostitution and abnormalities in the cinema”.

Those who did not appear to have had sex were apparently released. It is not known if any of the men are still being held.

Activists were surprised by the raid as Beirut has traditionally been one of the more tolerant cities in the Middle East, with a significant LGBT community.

It is believed that the raid was in reaction to a Lebanese talk show host, Joe Maalouf, launching an anti-gay campaign on his show; referring to the cinema on air and accusing the police of “protecting perverts”.