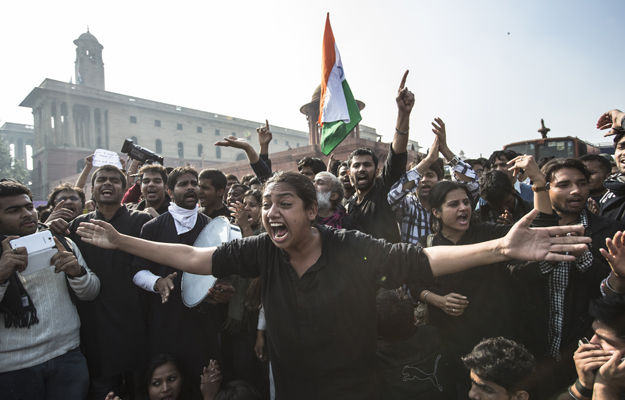 A young woman is savagely gang-raped and beaten one December evening on a moving bus in New Delhi. Hordes of protesters gather in India’s capital and demand that the six perpetrators be hanged or at least castrated. India’s electronic media offers continuous coverage of the sort once reserved for important cricket matches. The woman, a medical student, suffers infections in her lungs and abdomen and an injury to the brain, and is flown to a hospital in Singapore, where she later dies. Delhi’s police chief puts forth the incredible opinion that men in his city are no safer than women because they routinely suffer at the hands of pickpockets. Meanwhile, Abhijit Mukherjee, a minor politician who happens to be the son of India’s president, derides the protesters as “highly dented and painted” women pretending to be students. It’s an Indianism for an old car with extensive bodywork — women, in other words, provoke sexual violence by insufficiently demure clothes and conduct.

How is this happening in India? To much of the world, the debate seems inexplicable in a country where economic change is coming — as is Walmart — and Western clothes, mores, and wine bars are increasingly evident in big cities. Although India’s GDP per capita in 2011 was only $3,700, it’s one of the fastest growing major economies in the world. In 2010, a visiting U.S. President Barack Obama told India it wasn’t a rising power but had already “risen.” Until July, the president of India was a woman. The current leader of the country’s governing Congress Party is a woman, as is the speaker of the lower house of parliament and three chief ministers (the equivalent of a state governor in the United States). Women have a vigorous presence in the urban Indian workplace, and unlike their sisters in nearby Afghanistan, they are a familiar sight on the roads, driving cars and scooters. But make no mistake: India’s woman problem runs deep.

Indeed, the Delhi gang rape and its fallout highlight India’s inherent and disturbing contradictions. In June, a survey of the world’s 20 biggest economies by TrustLaw, a legal news service run by Thomson Reuters, ranked India as the worst country to be female, citing widespread child marriage, murders for insufficient dowry, and domestic slavery — worse even than Saudi Arabia, where women won the vote only in 2011, are treated as legal minors whatever their age, and are still banned from driving.