The 160-page book, published by Idara Impex in New Delhi, India, is written by Hazrat Maulana Ashraf Ali Thanvi, who’s described in the book’s foreword as a “prolific writer on almost every topic of Islamic learning.”

The store’s manager, who didn’t give his name, said the book had been sold out for some time, and the store’s owner, whom the manager identified as Shamim Ahmad, refused to comment for the story.

It wasn’t clear whether the shop has ordered more copies of the book, but it’s available at online Islamic bookstores and even through eBay.

In the book’s opening pages, it is written that “it might be necessary to restrain her with strength or even to threaten her.”

Later, its author advises that “the husband should treat the wife with kindness and love, even if she tends to be stupid and slow sometimes.”

Page 45 contains the rights of the husband, which include his wife’s inability to leave “his house without his permission,” and that his wife must “fulfil his desires” and “not allow herself to be untidy … but should beautify herself for him … ”

In terms of physical punishment, the book advises that a husband may scold her, “beat by hand or stick,” withhold money from her or “pull her by the ears,” but should “refrain from beating her excessively.”

Moderate Muslim voice Tarek Fatah says the shopkeeper should be charged for selling such a book.

“I wouldn’t say it’s hate, but it is inciting men to hit women,” said Fatah, who identified the book’s author as a prominent Islamic scholar. “This is new to you, but the Muslim community knows that this is widespread, that a woman can be beaten. Muslim leaders will deny this, but… ”

A large number of young British Asians support the use of physical violence against women who ‘dishonor’ their families, a poll conducted for the BBC has revealed.

About one in five – or 18 percent of the 500 young Asians between the ages of 16 and 34 questioned in the survey – said behaviors that could affect the honor of a woman’s family should be rewarded with physical violence.

These behaviors include disobeying a father, rejecting a prearranged marriage, or marrying someone unacceptable by the family. 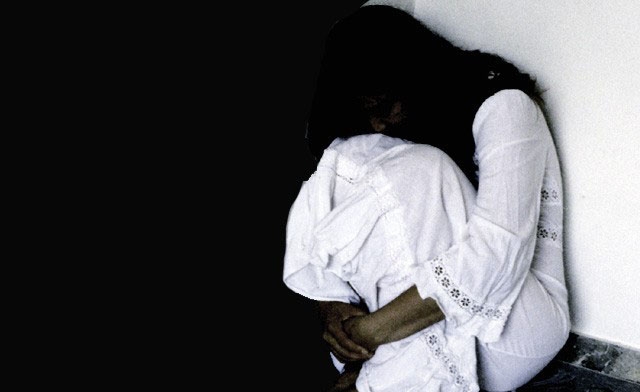 The statistics highlight the growing scale of violence suffered by many women in conservative Muslim Pakistan, where they are frequently treated as second-class citizens and there is no law against domestic violence.

Despite progress on better protecting women’s rights, activists say the government needs to do more to prosecute murderers in cases largely dismissed by police as private, family affairs.

“At least 943 women were killed in the name of honor, of which 93 were minors,” wrote the Human Rights Commission of Pakistan in its annual report.

Seven Christian and two Hindu women were among the victims, it said.

Around 595 of the women killed in 2011 were accused of having “illicit relations” and 219 of marrying without permission.

Some victims were raped or gang raped before being killed, the Commission said. Most of the women were killed by their brothers and husbands.

Only 20 of 943 killed were reported to have been provided medical aid before they died, the Commission wrote.

After years of battling false claims and viral emails alleging that he is a Muslim, President Obama hasn’t gotten far among Republican voters in Alabama and Mississippi – about half still believe he is Muslim and about 1 in 4 believes his parents’ interracial marriage should have been illegal, a new poll shows.

The automated survey by Public Policy Polling, conducted over the weekend in advance of Tuesday’s GOP primaries in both states, showed Republicans Mitt Romney, Rick Santorum and Newt Gingrich locked in a three-way battle for votes.

But in an indication of where the two states fall on the political spectrum, the polls also found continued skepticism among Republicans about Obama’s religion and that a substantial number of GOP voters continue to believe interracial marriage should be illegal.

Poll: Obama is a Muslim to many GOP voters in Alabama, Mississippi – latimes.com

At least 90 Iraqi teenagers with “emo” appearances have been stoned to death by religious extremists in Baghdad in the past month after an inflammatory interior ministry statement dubbed it “devil worshiping”, activists said.Iraqs Moral Police released a chilling statement on the interior ministrys website condemning the “emo phenomenon” among Iraqi youth, disturbingly declaring its intent to “eliminate” the trend.

“The Emo phenomenon or devil worshiping is being followed by the Moral Police who have the approval to eliminate [the phenomenon] as soon as possible since its detrimentally affecting the society and becoming a danger,” the statement read.

“They wear strange, tight clothes that have pictures on them such as skulls and use stationary that are shaped as skulls. They also wear rings on their noses and tongues, and do other strange activities,” it continued.Religious extremists caught onto the interior ministry statement, and have been harassing and killing teenagers with “strange” or “emo” appearances.A group of armed men dressed in civilian clothing led dozens of teenagers to secluded areas a few days ago, stoned them to death, and then disposed their bodies in garbage dumpsters across the capital, according to activists.The armed men are said to belong to “one of the most extremist religious groups” in Iraq.

“First they throw concrete blocks at the boys arms, then at his legs, then the final blow is to his head, and if he is not dead then, they start all over again,” one person who managed to escape told Al-Akhbar.Iraqs moral police was granted approval by the Ministry of Education to enter Baghdad schools and pinpoint students with such appearances, according to the interior ministrys statement.

It’s a disturbing online sight, repeated hundreds if not thousands of times: girls, young teens or even younger, posting videos of themselves on YouTube asking the public to tell them if they are pretty.

For a 12- or 13-year-old, image is everything.  Many students at Haddonfield Middle School said they had seen these videos and found them troubling.

“Well, I feel really bad for the girls, that they have gotten to the point where they have to post videos,” said seventh grader Annie Gosse.  “They’ve probably been bullied at school about it.  And I feel like it’s really sad that they’ve gotten to that point, and they should get help before they do that.”

Fellow student Megan Becerril said if one of her friends posted such a video, she would try to be supportive:

“I think it’s a tough age for self-esteem,” notes school counselor Danielle McKelvey.  “It’s so important for kids of this age to know what everyone else is thinking.  And what we want to do is try to build them up so they feel good about themselves and not open it up to something that could be so seemingly negative.” 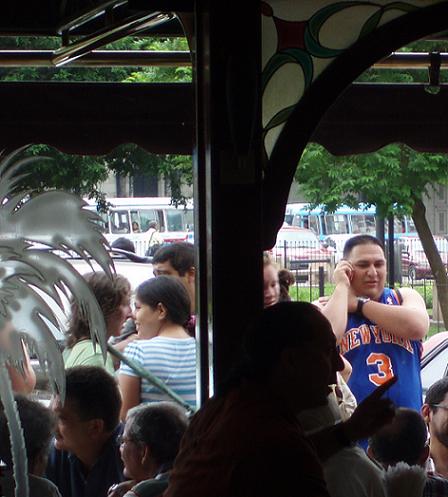 A survey conducted by Living Social and Mandala Research released Friday indicated that Americans are the world’s worst tourist. And don’t blame someone else for the name calling: 4,000 out of 5,600 respondents were Americans themselves.

Americans, Canadians and Australians all gave U.S. tourists the worst ranking on the survey, while Irish respondents indicated their British neighbors were the worst, and the British called out the Germans for bad travel behavior, according to a Living Social news release .

Thankfully, the survey did include some good news about Americans: we’re a lot worldlier than one might believe. Results indicated that 78 percent of Americans have visited at least one foreign country; 61 percent have visited multiple countries; and 36 percent have traveled to four or more foreign destinations.

Part of an $11 million grant intended to provide business attire to 400 low-income job-seekers instead helped only two people, an audit of the citys Department of Human Services has found.

The audit, conducted by the citys auditor general for the period from July 2009 to September 2011, found the department failed to control the operations and finances of a boutique that was to provide the clothes.

“Its just another example that money is not as much of an issue than managing the money, whether its grant or general fund dollars that we have,” said Council President Pro Tem Gary Brown. “We have to find a better way to manage the resources and give Detroiters the value for the tax dollars they deserve.”

The audit is the latest finding against the citys Department of Human Services, which has been under scrutiny for chronic mismanagement of federal funds. Many of the departments leaders have departed since an internal investigation was launched last year, including an inquiry into the purchase of $182,000 worth of high-end furniture for a department office. In 2009, the department received more than $11 million in stimulus funding and created a service center.

The center, at 1970 Larned, included the Customer Choice Pantry, the New Beginnings Clothing Boutique and a call center that had the capacity to service 60,000 families in need. The boutique was to provide business attire for low-income residents for job interviews.

To receive clothing, residents were required to have a job interview scheduled. According to the audit, the DHS was supposed to help 400 people between October 2010 and September 2011 but instead served only two.

“The DHS was only able to provide the auditors with two referral forms signed by two clients documenting that they received clothing from the boutique,” the audit said. “Eligible Detroiters are not being served with available clothing being stocked in the boutique.”

The department did not give a reason for not reaching the goal of providing 400 people with clothes.

The audit found the Department of Human Services hired a contractor to run the boutique.

The contractor negotiated the purchase of clothing without involving city officials and did not give them keys to the center.The contractor also did not provide proof of the receipt of the clothing to auditors.

“The potential loss of thousands of dollars exists because controls have not been established for the boutique,” the audit said. “…failure to maintain an adequate inventory system results in the inability to efficiently monitor and safeguard inventory and to identify inventory losses from theft and damages.” 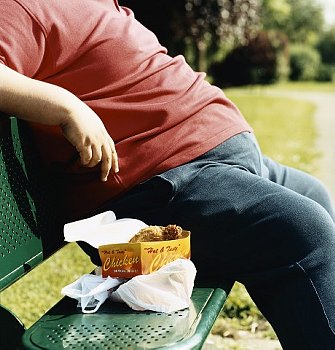 Adult obesity rates were higher than 15% in all but three of the 190 metropolitan areas that Gallup and Healthways surveyed in 2011. McAllen-Edinburg-Mission, Texas, residents were the most likely to be obese, at 38.8%, while people living in Boulder, Colo., were the least likely, at 12.1%.

More Than 15% Obese in Nearly All U.S. Metro Areas