Norwegian interior designer Marte Deborah Dalelv has spoken out after being handed a 16-month prison sentence in Dubai — after she went to police to report she had been raped by a colleague.

The 24-year-old was convicted and sentenced on charges of having unlawful sex, making a false statement and illegal consumption of alcohol.

Her story is dominating the headlines in Norway, and has raised serious questions over the way women who allege sexual assault are treated in the United Arab Emirates. 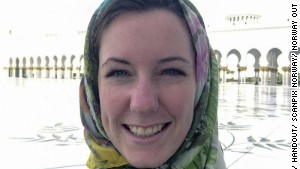 Norwegian sentenced to prison after she files rape claim in Dubai – CNN.com Poor women have been exploited at their most vulnerable time by a hospital that charged them $5 every time they screamed during child birth.

The shocking discovery was made by a U.S. group that campaigns against corruption, as it released its annual Global Corruption Barometer.

At the hospital in Zimbabwe, one of the poorest countries in the world, the fine was said to be for ‘raising a false alarm’, according to Transparency International.

Women who were unable to pay the fine were allegedly kept in the hospital until their families could pay. Interest was also added to the fines, according to the Washington Post.

Many mothers already avoid hospital deliveries in the African nation because of the $50 cost, which is about the third of the average $150 income.

In a country where nearly 95 per cent of the population is unemployed after years of economic turmoil and corruption under President Mugabe, and where one in eight women die in childbirth every day, the fines could rob a woman of a year’s salary.

A survey of Zimbabweans found 65 per cent believed the country’s medical services to be corrupt. 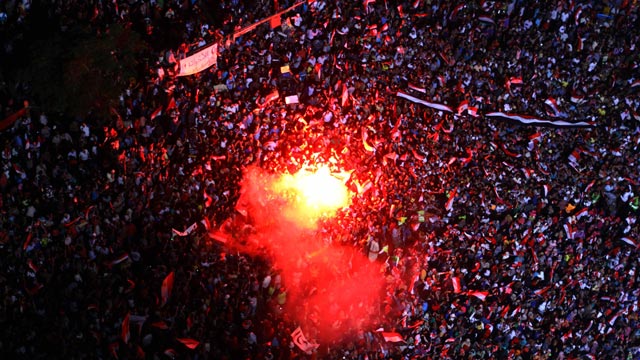 On Wednesday night, when Egypt’s army chief announced the forced departure of Mohamed Morsi, the streets around Tahrir Square turned into an all-night carnival. But not everyone there was allowed to celebrate. Among the masses dancing, singing and honking horns, more than 80 women were subjected to mob sexual assaults, harassment or rape. In Tahrir Square since Sunday, when protests against Morsi first began, there have been at least 169 counts of sexual mob crime.

“Egypt is full of sexual harassment and people have become desensitised to it – but this is a step up,” said Soraya Bahgat, a women’s rights advocate and co-founder of Tahrir Bodyguard, a group that rescues women from assault. “We’re talking about mob sexual assaults, from stripping women naked and dragging them on the floor – to rape.”

Since Sunday, campaigners say at least one woman has been raped with a sharp object.

Such crimes have been endemic at Tahrir protests since at least the 2011 revolution, but they have never been documented in such high numbers.

“It’s been underreported because a lot of people are unwilling to come forward,” said Bahgat, “and because no one wanted to disturb the sanctity of Tahrir.”

In a typical attack, lines of men push their way through the packed square, surround lone women, and start ripping at their clothes until they are naked. Some women have been violated by men using their hands.

“Suddenly, I was in the middle, surrounded by hundreds of men in a circle that was getting smaller and smaller around me,” one woman has written of the experience. “At the same time, they were touching and groping me everywhere and there were so many hands under my shirt and inside my pants.”

“We call it the circle of hell,” said Bahgat, who herself narrowly escaped assault this week.

80 sexual assaults in one day – the other story of Tahrir Square | World news | guardian.co.uk

The United States no longer holds the title of the world’s most populous, obese nation; that designation has been passed on to Mexico.

According to a new report from the United Nations, nearly 70 percent of Mexican adults are overweight, and childhood obesity in the country has tripled within the past decade, Medical Daily reported. One-third of Mexican teenagers are also obese, and experts believe that four out of every five obese children will remain overweight for the rest of their lives.

Overall, 32.8 percent of Mexican adults are considered obese, compared to 31.8 percent of adults in the United States. Nearly 70,000 deaths in Mexico each year are caused by weight-related diabetes, and more than 400,000 new cases of diabetes are diagnosed annually.

Experts believe the rise in Mexico’s obesity rates has to do with the continuously growing gap between the country’s classes, as 50 percent of the population currently lives below the poverty line. According to Medical Daily, healthy diets are becoming less affordable, prompting individuals with low incomes to consume more unhealthy foods, such as fried foods and soda.

One researcher also believes the increase can be attributed to more Mexicans moving from rural to urban areas, where food prices are much higher and sedentary lifestyles are easier.

Mexico beats US to be world’s fattest country – but we’re still a close second – NYPOST.com