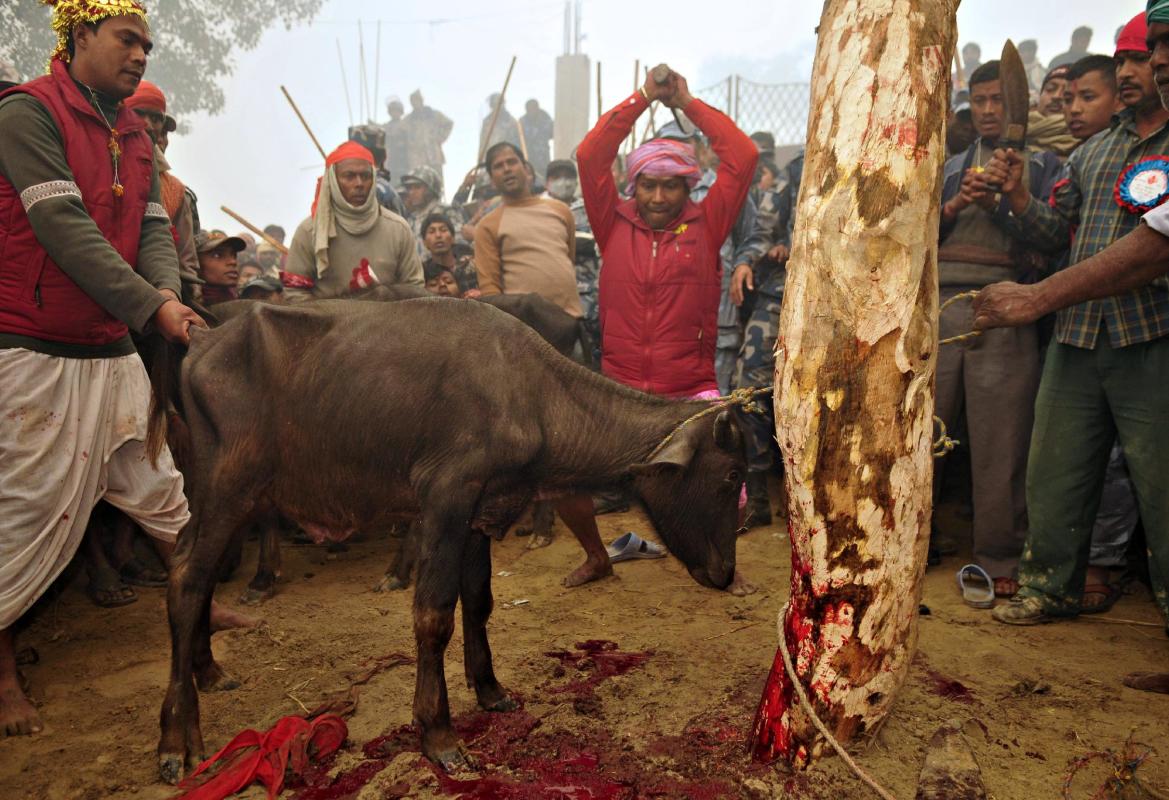 More than two million Hindus massed in a remote corner of Nepal on Friday for the slaughter of tens of thousands of animals to honour a goddess, defying protests from rights activists.

Devotees turned the village of Bariyapur and its surrounding fields near the Indian border into the world’s largest abattoir for the two-day festival with animals ranging from buffaloes to rats sacrificed.

Parents and their children along with the elderly poured into the village, which resembled a carnival with stalls selling balloons, sweets, toys and religious paraphernalia.

“It has been a grand day,” said head priest Mangal Chaudhary near a temple devoted to the Hindu goddess of power Gadhimai.

“The buffalo sacrifice has ended, but we will continue the rituals with goats and other animals for one more day,” Chaudhary told AFP.

Animal carcasses and severed heads were piling up in the large fields where many devotees were handing over their animals to butchers and others to carry out the sacrifices, eyewitnesses told AFP.

“It is very bloody… you can hear the animals moaning,” said Rameshwor Mehta, 50, who was waiting to offer his prayers.

About 2.5 million devotees — arriving by bus, tractor and other vehicles — have turned out for the festival, according to local government official Yogendra Prasad Dulal, who said it was “impossible to estimate” the total number of animals sacrificed so far.

Worshippers on the first day slaughtered more than 6,000 buffaloes, which were coralled into holding pens in the fields, along with at least 100,000 goats and other animals, head priest Chaudhary told AFP.

Sita Ram Yadav, a 55-year-old farmer who had travelled three hours to attend the festival, said the atmosphere was “like a carnival”.

“I am offering a goat to Gadhimai to keep my family safe. If you believe in her, she grants your wishes,” Yadav told AFP.