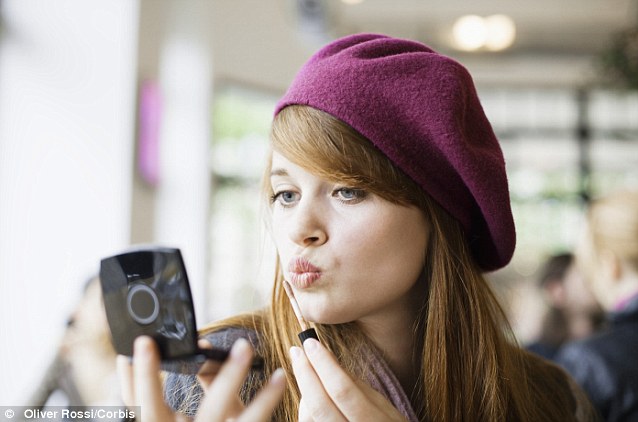 Books aside, if you asked a college freshman today who the Greatest Generation is, they might respond by pointing in a mirror.

Young people’s unprecedented level of self-infatuation was revealed in a new analysis of the American Freshman Survey, which has been asking students to rate themselves compared to their peers since 1966.

Roughly 9 million young people have taken the survey over the last 47 years.

Psychologist Jean Twenge and her colleagues compiled the data and found that over the last four decades there’s been a dramatic rise in the number of students who describe themselves as being ‘above average’ in the areas of academic ability, drive to achieve, mathematical ability, and self-confidence.

But in appraising the traits that are considered less invidualistic – co-operativeness, understanding others, and spirituality – the numbers either stayed at slightly decreased over the same period.

Researchers also found a disconnect between the student’s opinions of themselves and actual ability.

While students are much more likely to call themselves gifted in writing abilities, objective test scores actually show that their writing abilities are far less than those of their 1960s counterparts.

Also on the decline is the amount of time spent studying, with little more than a third of students saying they study for six or more hours a week compared to almost half of all students claiming the same in the late 1980s.

Though they may work less, the number that said they had a drive to succeed rose sharply.

These young egotists can grow up to be depressed adults.

‘Since the 1960s and 1970s, when those expectations started to grow, there’s been an increase in anxiety and depression,’ Twenge said. ‘There’s going to be a lot more people who don’t reach their goals.’

Twenge is the author of a separate study showing a 30 per cent increase towards narcissism in students since 1979.