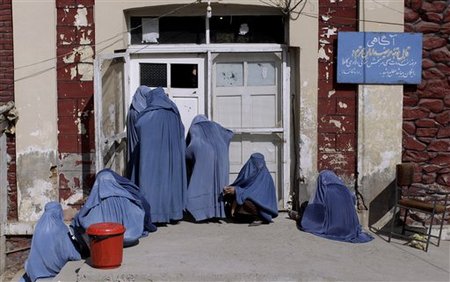 An Afghan woman has been strangled to death, apparently by her husband, who was upset that she gave birth to a second daughter rather than the son he wanted, police said Monday. It was the latest in a series of grisly examples of subjugation of women that have made headlines in Afghanistan in the past few months including a 15-year-old tortured and forced into prostitution by in-laws and a female rape victim who was imprisoned for adultery.