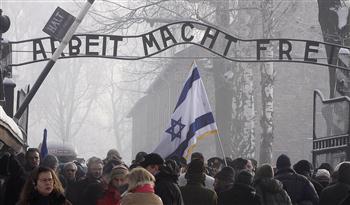 One in five young Germans has no idea that Auschwitz was a Nazi death camp, a poll released Wednesday showed, two days ahead of Holocaust memorial day.

Although 90 percent of those asked did know it was a concentration camp, the poll for Thursday’s edition of Stern news magazine revealed that Auschwitz meant nothing to 21 percent of 18-29 year olds.

And nearly a third of the 1,002 people questioned last Thursday and Friday for the poll were unaware that Auschwitz was in today’s Poland.

The poll comes ahead of the anniversary of the liberation of Auschwitz by Soviet troops on January 27, 1945, which Germany has marked since 1996 with official memorial ceremonies for Holocaust victims.

According to a report by independent experts commissioned by the German parliament and published earlier this week, about one in five Germans is latently anti-Semitic.

EUROPE – One in five young Germans unaware of Auschwitz: poll